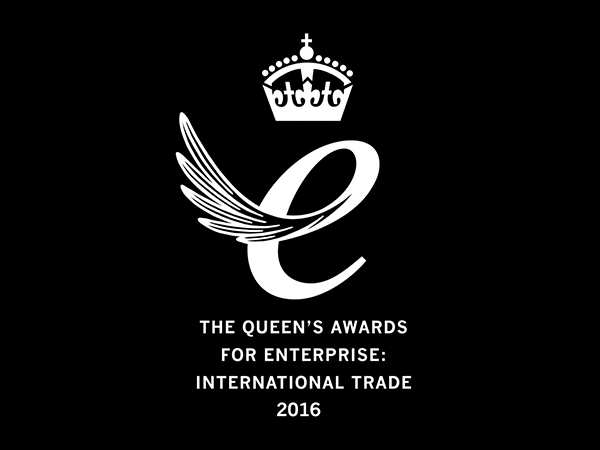 We have got some very exciting news to share, it has been announced today that GGR Group is set to receive a prestigious Queen’s Award for Enterprise.

The company is one of a select few in the UK to have been singled out for an honour in the International Trade category. The news comes on the same day Her Majesty Queen Elizabeth II celebrates her 90th birthday.

GGR was established in 1995 by brother and sister team Graeme and Gill Riley, who now hold the posts of Chief Executive and Managing Director respectively. From small beginnings, the company now employs over 100 people across three UK sites; its headquarters in Oldham; Long Crendon in Buckinghamshire and at Blantyre in Scotland. Its machines have been used on high-profile projects including The Shard in London, Heathrow Terminal 5 and the Scottish Parliament building at Holyrood.

The Queen’s Award recognises GGR’s successful business model of working with suppliers in Japan and the company’s network of dealers in Europe and the Middle East to develop a range of lifting solutions.

Graeme Riley, Chief Executive of GGR Group, said: “This is great news for everyone at GGR Group. We have played an instrumental role in the co-development of our products alongside our supplier and dealer network.

“As the construction industry has developed, we have consistently engaged in new product development activity, in order to stay ahead in an increasingly competitive area of the market.

“We are now Europe’s leading supplier of vacuum handling equipment, compact pick and carry cranes, UNIC mini spider cranes and restricted access lifting machinery. Our mantra has, and always will be, ‘Innovation Not Imitation’.” It’s not the first time GGR Group has received some Royal good news. Only last year, Gill Riley, the company’s Managing Director, was given an OBE for her services to construction.

Speaking about this latest honour, Gill said: “We are delighted to have won this prestigious Queen’s Award, which underlines just how far we have come as a company.

“Not only have we provided innovative solutions for our customers, we have achieved steady growth in recent years.

“However, we have never rested on our laurels, and are not going to start now. We have ambitions to grow internationally, especially in new and emerging markets, and will be working hard to achieve them.”

GGR Group representatives have been invited to attend a winners’ reception at Buckingham Palace this summer.