From humble beginnings to the modern day, GGR Group has led the way with innovation and sustainability at the forefront of what we do. This foreward thinking has allowed us to grow into the No.1 For Lifting Solutions provider

Founded by brother and sister team Graeme and Gill Riley, what began life as GGR Glass Services is now Europe’s foremost supplier of complete lifting solutions, with GGR Group boasting the largest fleet of lifting equipment for sale or hire. Part of the Group, GGR Glass is the UK’s largest glass handling website.

A highly successful business that employs more than 150 people nationwide, GGR Group has supplied solutions to some of the country’s highest-profile construction projects, including The Shard, Crossrail, and HS2 to name but a few. In the UK, the company operates from three sites, its headquarters in Manchester, state of the art facility at Thame (near Oxford), and Glasgow, as well as having products available from more than 30 specialist dealers across Europe, South Africa, and the United Arab Emirates.

But perhaps most remarkable of all is that this growth has been engendered without ever compromising on GGR’s family-run ethos – Gill and Graeme are still at the helm, nearly 26 years later, and people remain resolutely at the heart of all the business does. The GGR story is one of determination, resilience, and, above all, an ongoing commitment to innovation. It is not surprising, therefore, that the business is now breaking new ground in the field of sustainable lifting solutions. 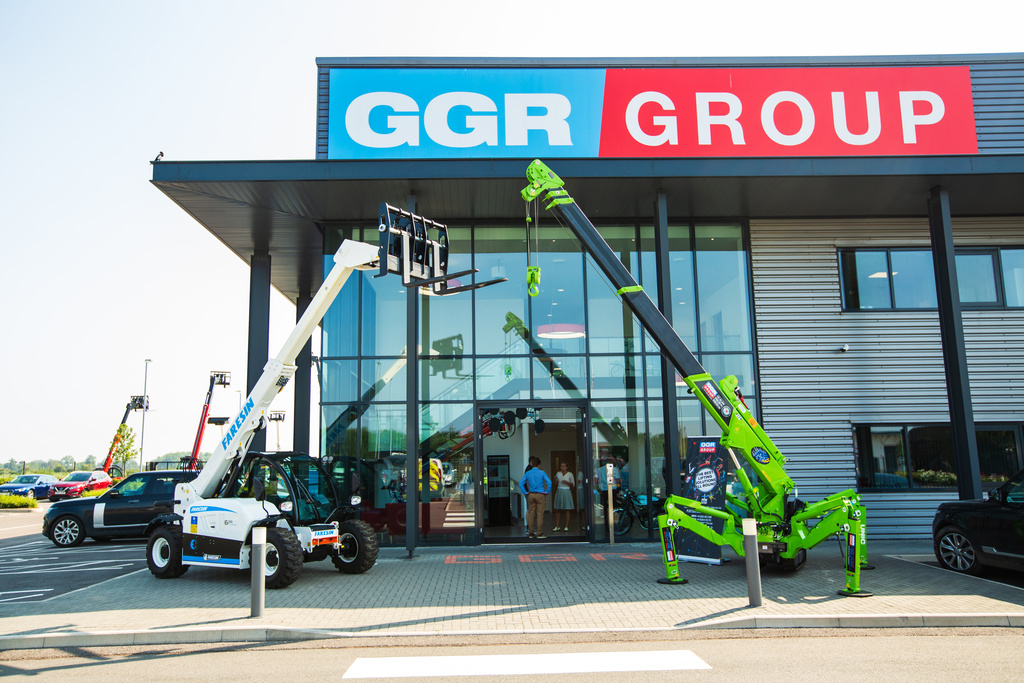 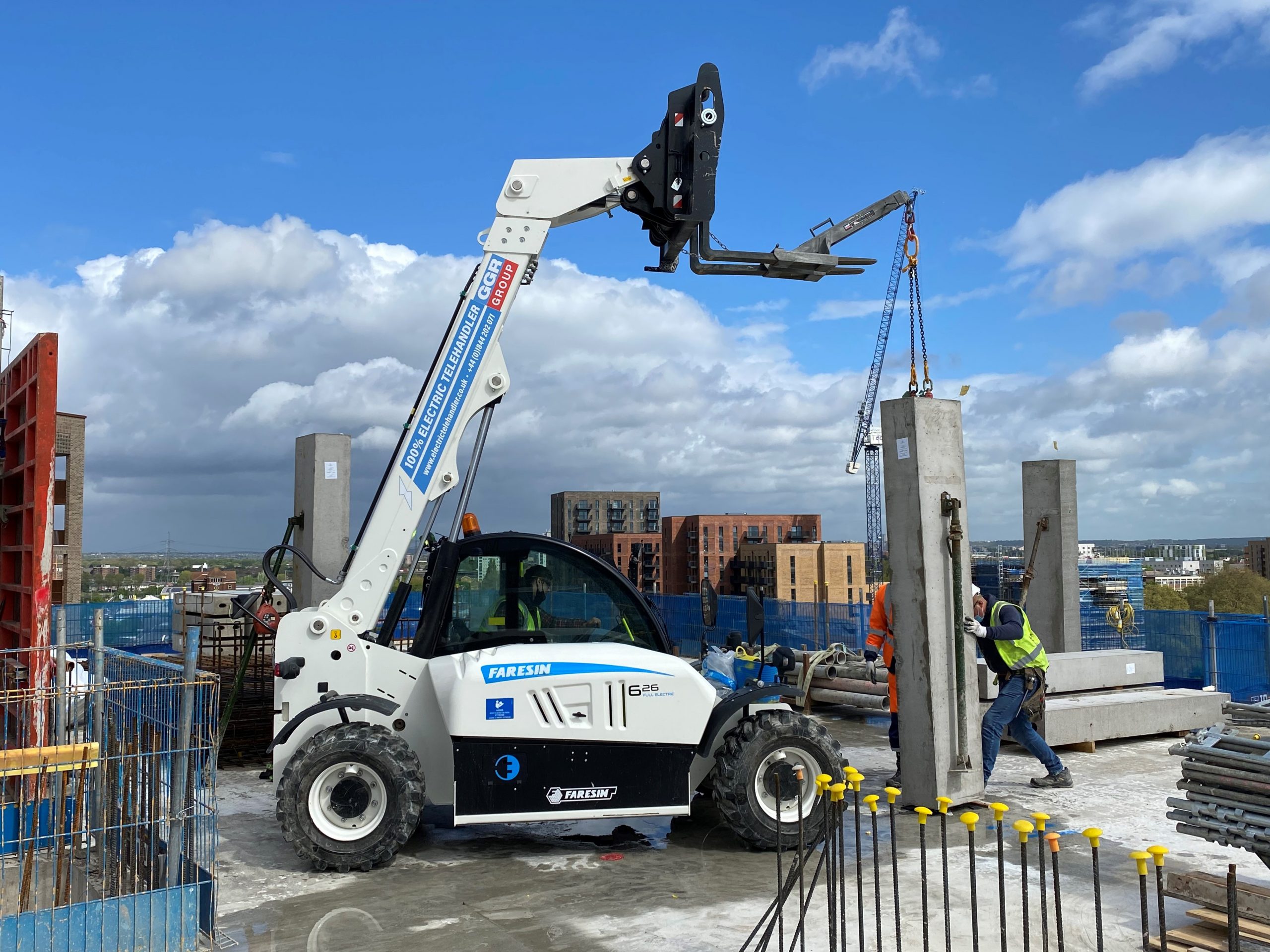 Nowhere is this better evidenced than with GGR’s fully electric telehandler. The first of it’s kind to market in this country, the telehandler is an innovative and environmentally-friendly machine that is powered by the very latest in lithium-ion battery technology. GGR’s launch of a fully electric telehandler provides the construction industry with a viable and sustainable alternative; without sacrificing strength or durability.

The launch of the all-electric telehandler is the latest in a series of sustainable innovations from GGR, and came at a crucial time for UK construction. Responsible for 38% of C02 emissions nationally, the sector has long considered how to bolster its sustainability credentials without sacrificing productivity. Enjoying a unique position at the heart of the British construction supply chain, few businesses are better placed than GGR to help lead positive change and provide businesses with the insights needed to adopt more sustainable solutions.

Indeed, for more than a decade now GGR has been investing in its green range of plant equipment, with more than 90% of its product offering available as zero emissions or battery powered. In addition, each year GGR rotates 10% of its oldest variants of diesel operated plant machinery, as well as a 15% biannual rotation of transport fleet for EURO 6 or latest version of emissions-reduced trucks.

In 2014, GGR Group not only became the first company to bring battery-powered mini-cranes to market (more than 100 units sold to date) but has also adapted this solution to utilise wheels rather than tracks to reduce power consumption and potential marking to sensitive surfaces. This solution is particularly popular in cleanroom factories and has been utilised by the likes of BMW, Ford, and Mercedes.

The GGR Group has since implemented further sustainability changes with the use of Hydrotreated Vegetable Oil (HVO) in place of mineral diesel in all its machines; a change which has led to the reduction of GGR’s own carbon emissions by up to 90%.

But what are GGR’s longer-term plans for sustainable development? At its 2021 open day, members of the GGR team set out their stall for an ambitious, far-reaching approach to sustainable solutions. These include the shift towards an all-green fleet of lifting solutions that are powered by sustainable fuel sources, unlocking additional opportunities for construction managers nationwide to make the switch to HVO-fuelled machinery.

As a business that has long been at the forefront of embracing and implementing leading-edge solutions, GGR remains committed to diversifying its green product range and working with the wider construction sector to lead the charge for change when it comes to sustainable products. 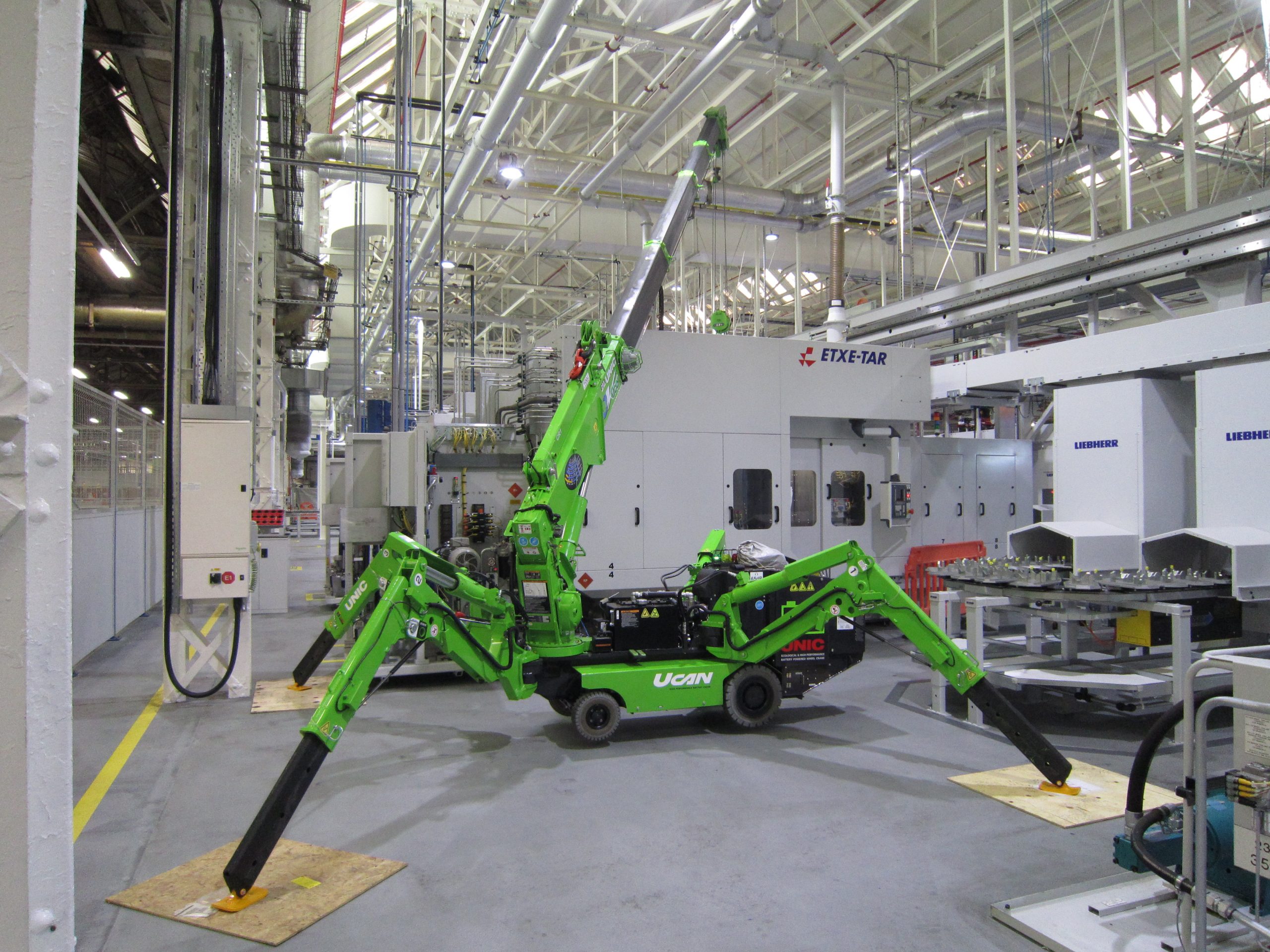 This focus on leading-edge solutions isn’t just applied to GGR’s product offering, but also to its customer service. For example, in 2021 GGR launched a ground-breaking immersive virtual showroom (#VIRTUALGGR), helping customers to conduct a virtual product demonstration, as well as selecting and purchasing lifting equipment, all without the need to travel, making it even easier to do business with the group.

View our equipment up close and personal and experience a walk-round like never before. You can browse our latest range of lifting solutions that we’re constantly bringing to market to give our customers the #BestLiftingSolutionsAllRound.

The focus on sustainability isn’t just centred on GGR Group’s fleet of solutions, it also applies to the organisation itself and its employees. With the introduction of a new depot in Haddenham and renovation on its Oldham depot, GGR has replaced all lighting throughout depots for LED over tungsten, as well as a minimum of hybrid-variant company cars.

In addition, GGR has also encouraged all employees to incorporate sustainability into their working lives by constantly looking for ways that the company can reduce their carbon footprint. These include a recycling target of 65% of waste materials (metal/paper/cardboard/wood), as well as a reduction of 30% in water usage through intelligent rest room flushing.

Since the very earliest days of the business, GGR Group has placed a real focus on first-rate corporate social responsibility, pledging support to a wide range of charitable causes. With bases in Manchester, Glasgow and the South East, GGR has also endeavoured to embed itself within the communities in which it operates; from fundraising drives to volunteering work, GGR’s approach to charity work goes far beyond simply signing a cheque.

When the business celebrated its 20th year of operation in 2015, the team embarked on an ambitious philanthropic programme to raise much-needed funds for 20 charities, including Age UK, Racing for MND, Macmillan and Help For Heroes. That ongoing fundraising is carried out in conjunction with wider community engagement work like the sponsorship of staff children’s sporting teams.

2015 was also a special year for founder Gill Riley, who was awarded an OBE in the Queen’s Birthday Honours list. The accolade was presented to Gill in recognition of her service to the construction industry and her status as a role-model to the growing number of young women opting for a career in the sector. In addition, one of GGR’s apprentices recently won the Construction Plant-hire Association (CPA) Stars of the Future Awards 2021 as the National Plant Technician of the Year.

As the business gears up for its fourth decade of operation, the future seems bright indeed for GGR. The construction landscape may have changed immeasurably since those early days in Oldham, but GGR remains as committed as ever to embracing innovation and working shoulder to shoulder with the sector as it takes on the challenges of tomorrow. 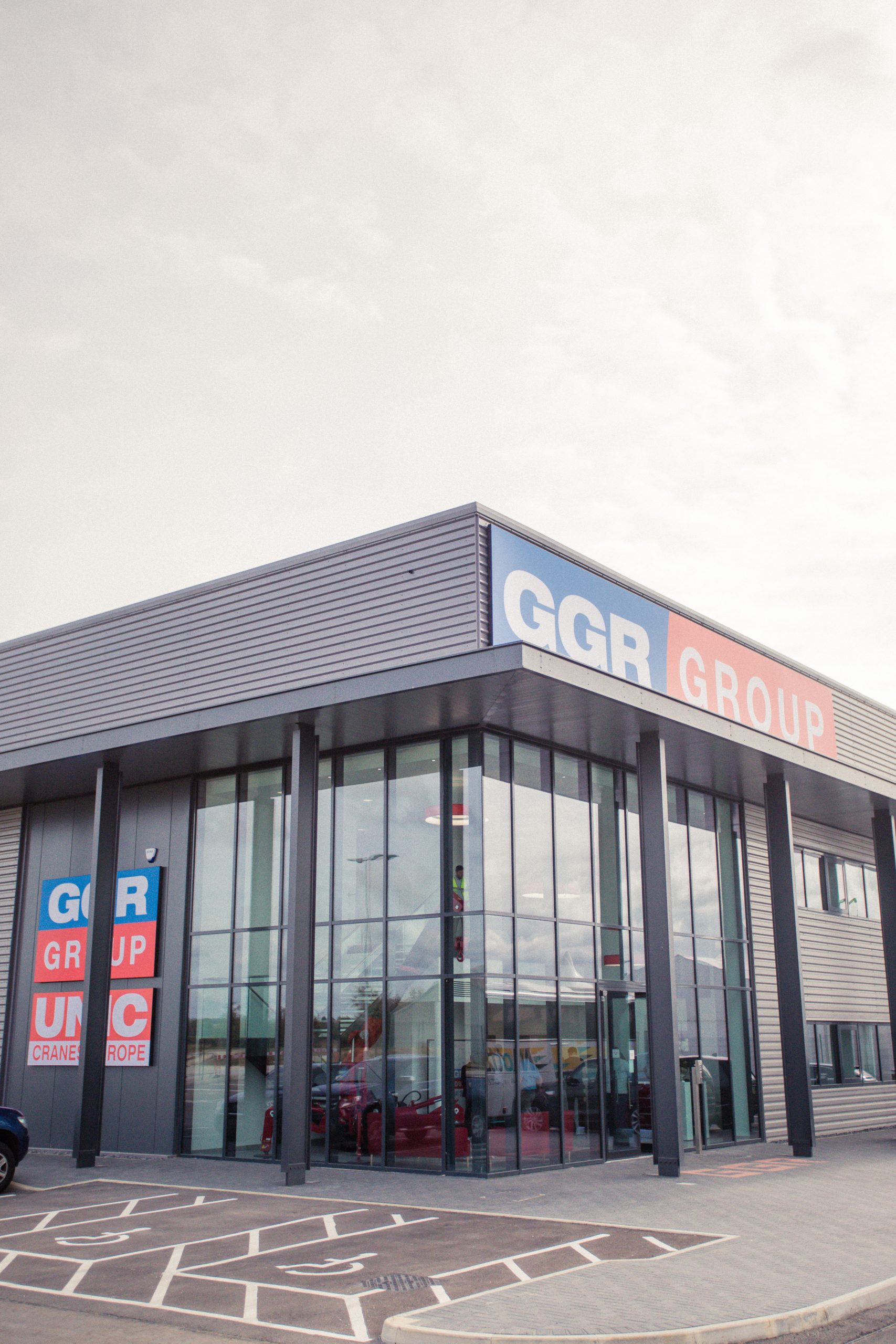