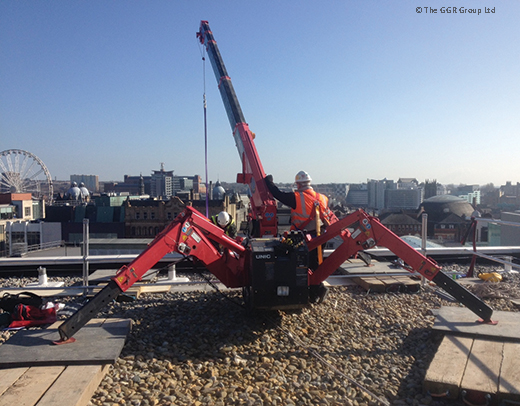 It took some expert mini crane operation and one of our skinniest vacuum lifting machines to get glass into this tight spot at the Everyman Cinema in Leeds city centre recently.

The dual circuit DSZ2 Slimline vacuum lifter isn’t called slim for nothing, its 180mm profile means that it can squeeze through the tightest of gaps between a building’s façade and envelope.

When windows needed to be replaced at the Everyman Cinema, a UNIC URW-295 mini crane worked from level 7 rooftop to lift the units from the ground up and through the small gap left between the façade and surrounding stonework. 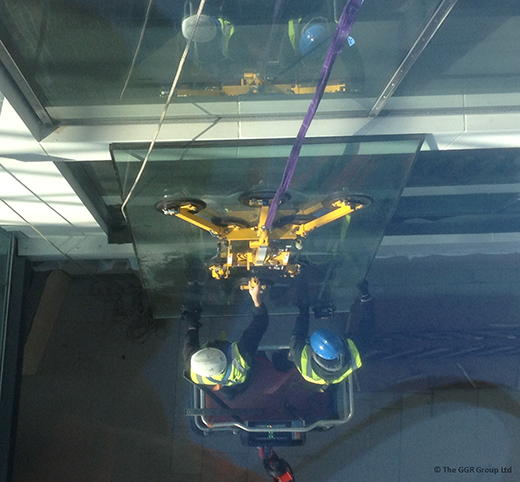 This £4.5m boutique cinema is the first in the Everyman chain to open in the North of England.  The 500 seat venue is part of the Trinity Leeds shopping centre which opened in the city centre earlier this year after five years in the making