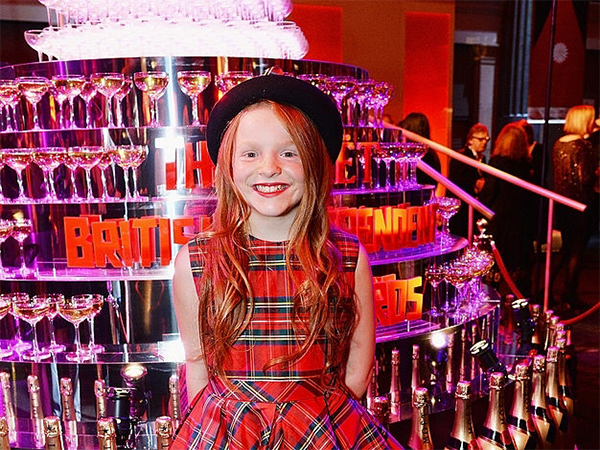 Harley headed to the British Film Institute yesterday to hear Ewan McGregor announce her nomination in the Most Promising Newcomer category.  11 year old Harley has been nominated for her role as “Piper” in the Kevin Macdonald directed film “How I Live Now”, a movie adaptation of Meg Rosoff’s bestselling novel. Her co-star Saiorse Ronan has also been nominated in the Best Actress category. Harley and Saoirse Ronan in “How I Live Now”

Harley joins some big names on the nomination list including Dame Judi Dench, Scarlett Johansson, Tom Hardy, Jim Broadbent, Steve Coogan and James McAvoy. The awards ceremony will be hosted by James Nesbitt in London on the 8th December 2013. Take a look at the full list of nominees here.

Back in 2011 Harley became the youngest ever BAFTA winner when she picked up an award for her work as the voice of Peppa Pig at the Childrens BAFTAs.

Everyone at GGR has got their fingers crossed for her at the BIFAs! To find out more about Harley visit her website. Harley at the nomination ceremony