The MRTA611 GRC Lifter has been designed by GGR’s engineering team in response to the ever-growing usage of Glass Reinforced Concrete (GRC) panels in modern architecture.

Built on the popular MRTA611 glass vacuum lifter frame the machine has been converted to have a constant running vacuum pump with its dual circuit vacuum system and textured stone vacuum pads to enable this lifter to lift materials such as stone slabs, GRC panels, patterned, blasted and shattered toughened laminate panels.

With a capacity of 405kg in a six pad configuration or 270kg in a four pad configuration, this lifter has been designed for the longer GRC panels that need more pad spread over our 600kg capacity GRC Lifter (VSL26).

If you are looking to hire an MRTA611 GRC Lifter, or require any further information, contact GGR Group today. 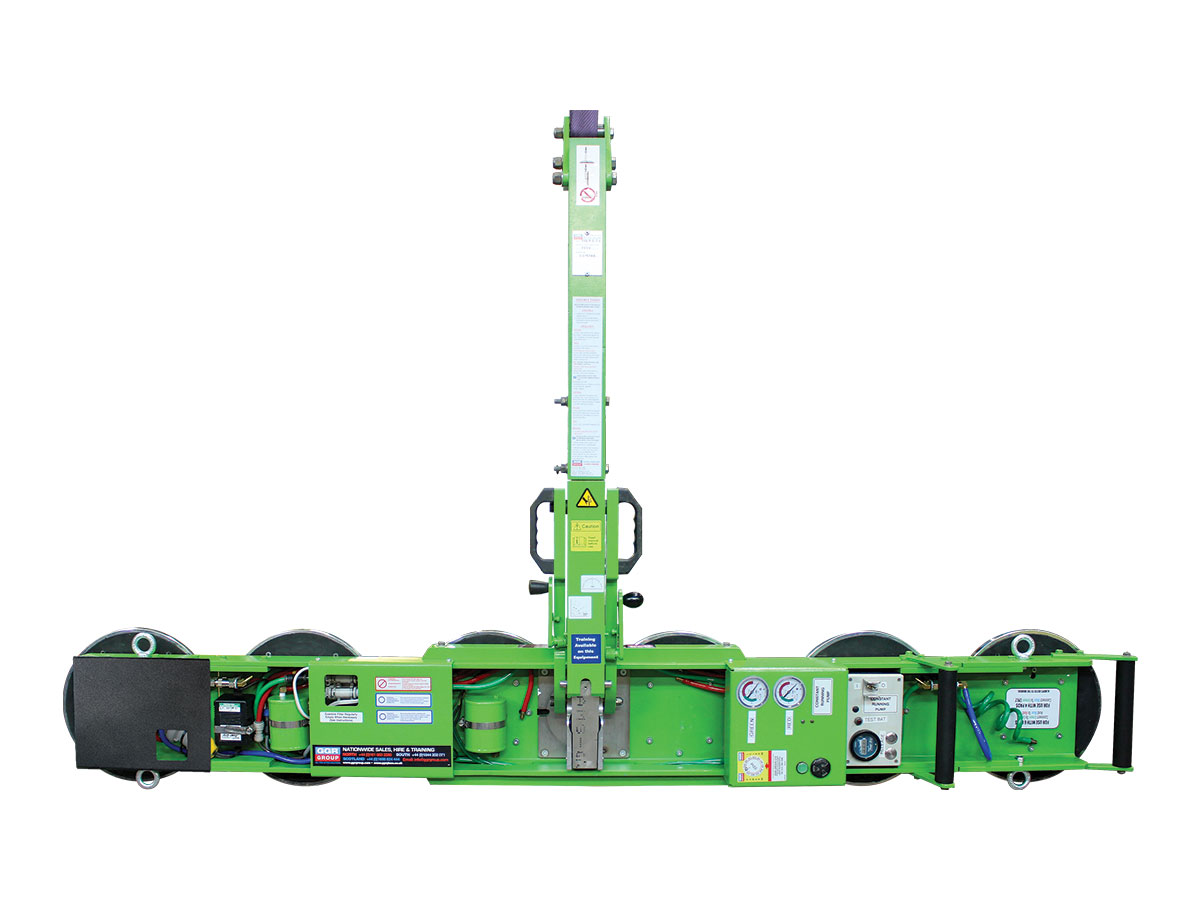 GGR Group - No.1 For Lifting Solutions

Our equipment is available for hire or purchase throughout the UK and beyond. We have three depots in Manchester, Thame and Glasgow, as well as our vast network of dealers across Europe and the UAE.