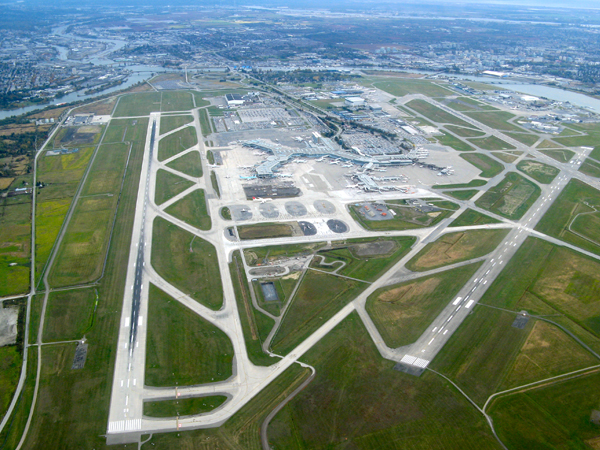 From builds taking 132 years (and counting), to overspending that’s out of this world, there are a good few reasons why some of the major construction projects in the last couple of centuries haven’t met all expectations…

North Korea; land of the free. With its mega hostility towards outsiders, North Korea is the last place you’d think of building a luxury tourist hotel.

Construction of the 105 story monster started in 1987, and cost $750m (or 2% of the country’s GDP).
It’s 1989 opening date was way off and it’s never been fully completed due to funding, electricity shortages, economic downturn, and over-ambition.

Rumours of completion were quashed in 2012 when reporters discovered the building was a shell, with none of the inner construction yet started.

Beginning construction in 1969, it was said to be the “project for the 21st century” but it barely scraped the surface of the 2000s…
100,000 acres of land was bought – forcing 2,000 residents to relocate at a cost of $140m, eight times the original projection.
The cost of construction then flew up to $276m.

Opening in 1975, travellers found the airport too expensive & difficult to reach. By 1988 the airport only served 5% of its 50 million projected passengers, and in 2004 was finally closed.

I doubt Gaudi knew that 132 years of stop and start construction later, his masterpiece still wouldn’t be finished. Beginning construction in 1883, it continues to this day, with an estimated completion date of 2026.

Why is it taking so long, you wonder… 1. It’s a very complicated building. 2. Funding. It’s a hugely expensive project, which is now funded from tours & donations. 3. Architects say Gaudi’s original plans aren’t detailed enough to solve all the technical challenges involved with such complex structures.

The total cost of the whole project? Unknown.

The goal of the MOSE project (MOdulo Sperimentale Elettromeccanico, Experimental Electromechanical Module) was to protect the city of Venice from flooding during high tides.

Announced in 1988 and still incomplete, the project’s cost has ballooned from $1.7bn to $8.1bn, and the city still floods.

To add insult to injury; controversy struck and the Mayor of Venice & 34 others were arrested over alleged corruption. The mayor soon resigned afterwards.

It’s expensive enough building on earth, now imagine building a structure that can withstand being in space for around 20 years…
The project was so complex that it was 4 years behind schedule before it even began. The ISS first launched in 1998 and its lifespan has been extended until 2024 to further research.

The original estimation was $17.4bn, but this grew to make actual cost $100bn of taxpayer’s money. Which makes it prossibly the most expensive structure ever to be built, which is quite a feat in itself.

Here at GGR we will do anything we can to help your project run smoothly. To find out what we can do contact our friendly team of experts today.