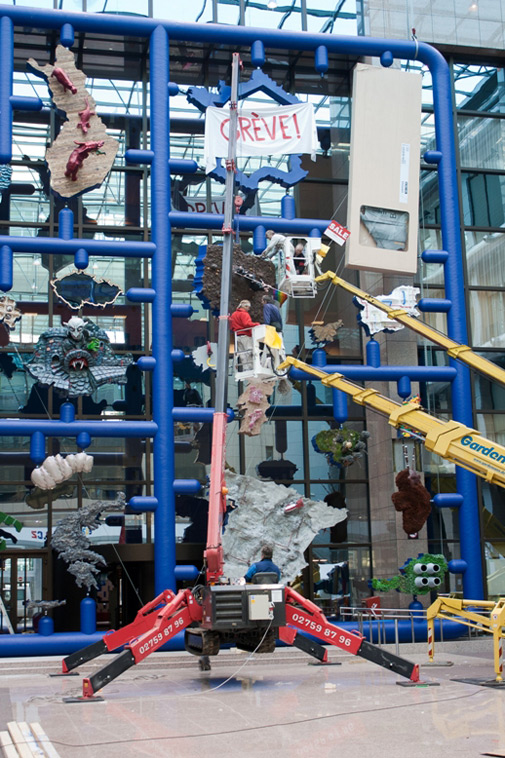 We’re not one for upholding stereotypes, but our Unic crane found itself doing just that when it was hired to install a large sculpture representing the EU countries, in the Czech Republic.

A Unic URW-506 mini crane was hired to lift and install the huge sculpture, entitled ‘Entropa’ by Czech artist David Černý. The sculpture, which looks like an unassembled model kit, is made from glass-reinforced plastic and steel, measuring 16 metres high and an overall 250 metres squared.

The controversial sculpture uses stereotypes of each EU member country, but in a satirical, hard and often ironic way. Each country is represented by a symbol, which was lifted and installed onto the blue frame using the Unic 506 spider crane:-

Finland – a wooden floor, and a man with a rifle lying down

Hungary-Atomium made from watermelons and sausages

Netherlands- sunken under the sea with few minarets still visible

Portugal- wooden chopping board with 3 pieces of meat

UK- is ‘’included’ as a missing piece (empty space)

We have a network of Unic crane dealers in each of these countries, see http://www.unic-cranes.co.uk/dealers