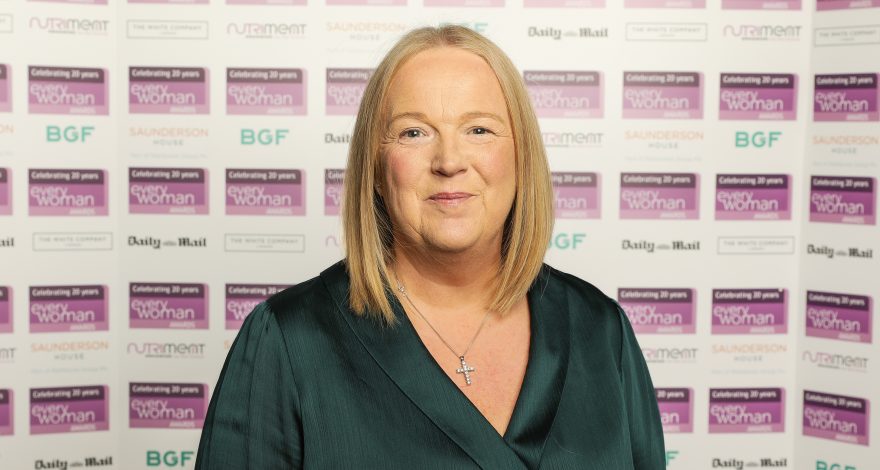 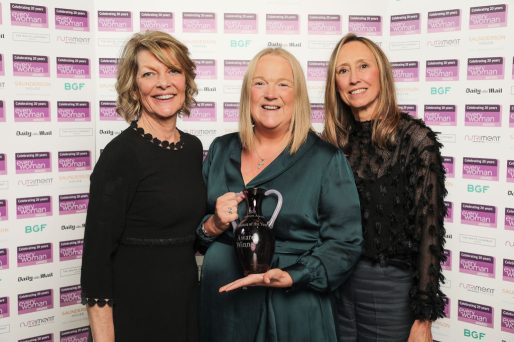 Gill Riley OBE, Managing Director and Owner of specialist lifting company GGR Group, was announced Woman of the Year at the everywoman Awards 2022, which was held at the JW Marriott Grosvenor House hotel on Thursday 8th December.

The award recognises a particularly successful career in construction plant hire, noting Gill’s success built around an eye for innovation and the successful introduction of a range of specialist lifting equipment into the UK construction sector.

Adopting a strategic approach of sourcing equipment from overseas and working with manufacturers to make these products suitable for the demands of the UK market, Gill has also been directly involved in liaising with trade bodies to support these innovations with training and improved industry standards. This approach has seen Gill recognised with an OBE for services to construction in 2015 and the Queens Awards for Enterprise: International Trade in 2016.

Announcing the award, Patron of the everywoman Awards, Dame Mary Perkins expressed the meaning of the award, “A unique recognition of one incredibly passionate and dedicated female business owner. The award honours someone that has achieved significant success as well as broken down barriers and overcome tremendous challenges, highlighting a great example to women and her community or industry.”

During the ceremony, the @everywomanUK official Twitter page, stated “This special Award is set apart from the category Awards as it honours not just a businesswoman who has achieved significant success, but also one who has broken down barriers and overcome tremendous challenges.

“This Award seeks to highlight a woman entrepreneur who is not only a great role model to other women trying to start and grow their businesses, but who has also set an example as a successful businesswoman within her community or industry.”

In acceptance of her award, Gill gave a speech, “It’s been quite an emotional year. I’d like to thank my family, my mother and all my friends, the fabulous team who work in my company and the amazing women who are here today. I’m absolutely overwhelmed,” followed by a round of applause from the crowd.

Celebrating 20 years in 2022, everywoman Awards shine a spotlight the inspirational female founders whose creativity and resilience will help Britain weather the current economic storm. The everywoman Awards have built a community of female business owners and exemplary role models to share knowledge and ideas, connecting them with advisors, peers and potential investors.

The everywoman Awards to any female business owner, whether they operate as a limited company, sole trader, or in partnership with others, the awards celebrate the woman behind the business, her personal successes and achievements and how she individually inspires others.