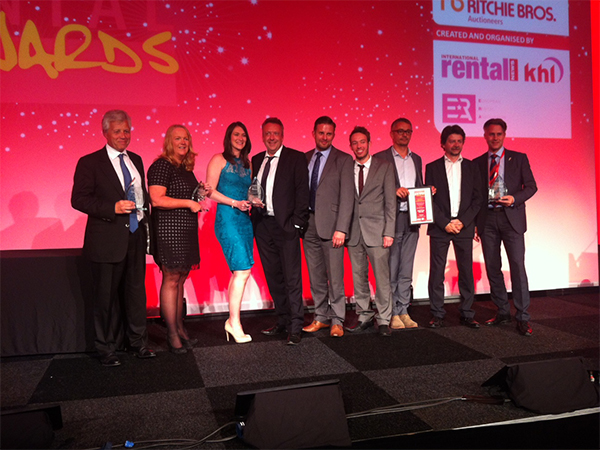 GGR’s Managing Director Gill Riley picked up a prize at the European Rental Awards as she was announced as their ERA / IRN Rental Person of the Year!

After being shortlisted back in March, Gill went on to receive the sixth and final award of the night for Rental Person of the Year which was presented by ERA president Vesa Koivula. She made history as the first woman to ever win in this category!

Gill was selected by the judging team of rental and manufacturing experts from across Europe who commended all the shortlisted companies for how they demonstrated passion and enthusiasm in the rental industry.

Here’s Gill with the rest of the evening’s winners, take a look at the full list on the International Rental News website.

Organised by the European Rental Association and International Rental News, the awards took place in at the RAI exhibition centre in Amsterdam, Netherlands last night. It’s been a busy few days for the rental industry in Amsterdam, with the European Rental Association conference, International Rental Exhibition and the APEX show all taking place in the capital city this week.

GGR Group has been on a winning streak recently as we have also received an award at this year’s Infrarail show and were named HAE Company of Year (up to five outlets) award at the Hire Awards of Excellence.

Congratulations to Gill from everyone at GGR!